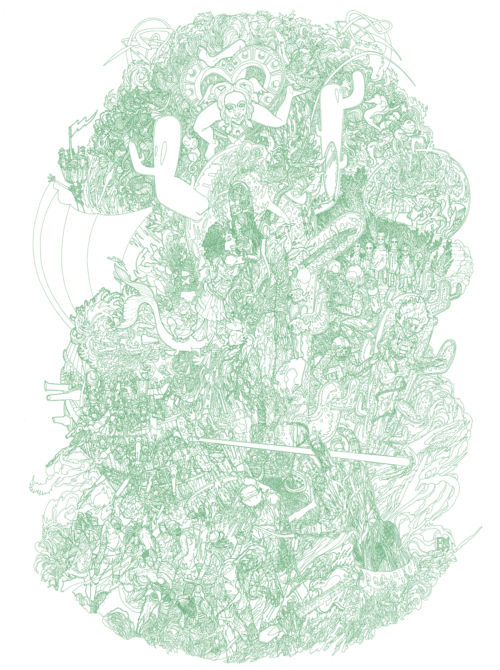 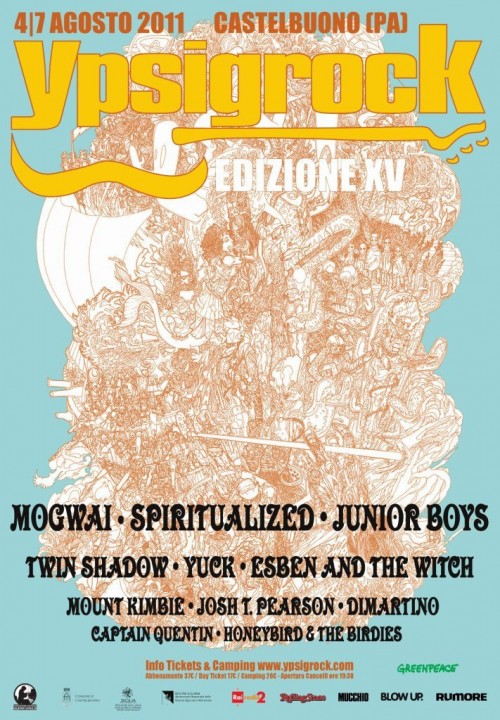 *On the official poster of this edition you can’t find the name “Pere Ubu”, because the band replaced Spiritualized (they still appear on the poster, but did not perform) for a cancellation announced a week before the beginning of the festival, due health reasons.
Below is the official announcement from the band:

“Spiritualized Cancel Ypsigrock Festival & Standon Calling Festival. For the first time in a career spanning twenty one years Spiritualized regrettably have to cancel the two upcoming shows in Sicily and the Standon Calling Festival. J. Spaceman has been undergoing a course of medical treatment, which is near completion, and have left us with no choice but to cancel following advice from his medical team. We have done everything possible to try and do these shows but it recently became apparent that Jason would not be able to perform. We apologise to everyone who is affected and hope they realise that cancellation was the only unavoidable option given the medical circumstances.”

This website uses cookies to improve your experience while you navigate through the website. Out of these, the cookies that are categorized as necessary are stored on your browser as they are essential for the working of basic functionalities of the website. We also use third-party cookies that help us analyze and understand how you use this website. These cookies will be stored in your browser only with your consent. You also have the option to opt-out of these cookies. But opting out of some of these cookies may affect your browsing experience.
Necessary Always Enabled
Necessary cookies are absolutely essential for the website to function properly. This category only includes cookies that ensures basic functionalities and security features of the website. These cookies do not store any personal information.
Non-necessary
Any cookies that may not be particularly necessary for the website to function and is used specifically to collect user personal data via analytics, ads, other embedded contents are termed as non-necessary cookies. It is mandatory to procure user consent prior to running these cookies on your website.
SAVE & ACCEPT