The “Associazione Culturale Glenn Gould” is a non-profit association that has been operating in Sicily since 2001 with the aim of promoting cultural initiatives, mainly musical, with a strong international focus, supporting policies and specific projects for regional enhancement and development.

The Association was founded in Castelbuono, Palermo, after some of its members’ experience in “L’Ozio” (Lit. “Sloth”), 1997-2000, an association whose activities the group assumed. Chief among these is the organisation and production of the YPSIGROCK FESTIVAL, one of Italy’s most important internationally renowned music festivals. YPSIGROCK is held every August in Castelbuono, an evocative town in Palermo’s Madonie Mountains.
WATCH YPSIGROCK FESTIVAL’S AFTERMOVIES

Among the Associazione Culturale Glenn Gould’s other credits is the KALS’ART OVERGROUND festival, held in 2004 and 2005 in Palermo, within the framework of the KALS’ART exhibition.

The Association has organised hundreds of concerts in Sicily, with exclusive Italian shows for the most important artists of the international alternative scene, including The National, Spiritualized, Editors, Beach House, Daughter, Moderat, Mogwai, Belle and Sebastian, Primal Scream, The Jesus And Mary Chain, Mudhoney, Jon Hopkins, Crystal Castles, Wilco, Kula Shaker and many others.

In 2015, thanks to the contribution of the Fondazione CON IL SUD (Lit. “Foundation WITH THE SOUTH”), a non-profit group committed to promoting paths to social cohesion and a network of best practices to enhance Southern Italy’s development, the Association restored and redeveloped Castelbuono’s Church of the Crucifix. The former church now hosts the “Centro Sud” multi-purpose space, which promotes social, cultural and scientific activities.

As part of its activities, the Associazione Culturale Glenn Gould has also financed the restoration and revitalisation of various works of Castelbuono’s artistic heritage, including the Monument to Fallen Soldiers and an area of the eastern facade of the Ventimiglia Castle.

Moreover, since 2018, the Association has spearheaded “Tutti Inclusi” (Lit. “All Included”), a territorial enhancement and social inclusion programme financed by the Fondazione CON IL SUD. The programme, which aims to increase accessibility for events and structures in and around Castelbuono, researches and offers solutions to encourage active participation by everyone, including people with diverse and unique expectations, needs, interests and abilities.
FACT SHEET – THE ‘TUTTI INCLUSI ’ PROJECT 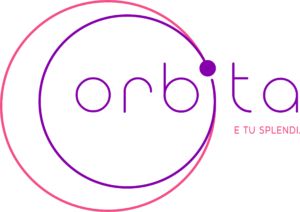 In 2020, facing the health crisis that had completely paralyzed the event industry, the Association launched the official satellite event for Ypsigrock Festival: “Orbita – e Tu splendi.” (Lit. “Orbit – And You Shine.”), an itinerant concert series.

All of Orbita’s events are conceived and organised to interact in unusual ways with the surrounding landscapes. This format helps the public discover, or see with fresh eyes, some of the most enchanting angles of authentic Sicily, starting with several villages in the Madonie Mountains and the metropolitan area of Palermo. Orbita offers a unique opportunity to rediscover cultural, natural, urban and rural tourism in Sicily, even in close-to-home destinations, meeting the current need to encourage more local, sustainable tourism.
WATCH VIDEOS OF ORBITA’S EVENTS

Since December 2020 the Associazione Culturale Glenn Gould has been the leader of European Cooperation’s three-year project “SMA! – Small Festivals Accelerator”, co-financed by Creative Europe, the framework programme of the European Commission supporting the culture and audiovisual sectors. SMA!’s main objective is to define a sustainable cross-border model of development. With previous experience in transnational cooperation to its credit, the Association, along with other European companies, created the SMA! partnership by looking to other organisations operating in peripheral areas of the continent. The network was built with the goal of working as a team to find solutions to common problems from multiple points of view, starting with the identities that characterise each partner’s activities. In fact, in addition to the Associazione Culturale Glenn Gould, SMA!’s business model development will include other notable cultural and music management companies such as Raum 3 (Germany), which produces the Haldern Pop and Kaltern Pop festivals, and Password Production (Macedonia), organisers of D Festival, Taksirat Festival and PIN Music Conference, among others. Supporting the project will be other European players like Music Estonia (Estonia), Melting Pro (Italy) and Turismo Vivencial (Spain).
FACT SHEET – THE SMA! PROJECT

Finally, still in the framework of cooperative initiatives, since February 2021 the Associazione Culturale Glenn Gould with Ypsigrock Festival has been the promoter and head of “SAFEPLACE”, an international project financed by the European Union through the Erasmus+ programme that intends to foster safer, more inclusive and more equitable cultural events through specific training programmes. These programmes seek to better the communication capabilities of organisers and volunteers on the front of inclusion, to create a new concept of musical cultural events as a SAFE PLACE from discrimiation and socio-cultural barriers. The network SAFEPLACE, along with Ypsigrock Festival in the lead role, includes three of SMA!’s partners: the musical production society “Raum 3” (Germany) with Haldern Pop Festival, the booking and production agency “Password Production” (Macedonia) with Taksirat Festival and the music hub “Music Estonia” (Estonia). SAFEPLACE’s partnership is completed by the Youth Association for Social Promotion “Nous” (Italy), the NGO and centre for non-formal learning “VitaTiim” (Estonia), and the Biennial of Young Artists of Europe and the Mediterranean “BJCEM” – Biennale des jeunes créateurs de l’Europe et de la Méditerranée (Belgium).

Every creative project developed by the Associazione Culturale Glenn Gould explores new ways to tell the world about Sicilian tourism, using innovative styles, unusual language and original content, and always referencing the multifaceted and striking context – of Sicily in general and the Madonie in particular – that gives life to each of its events (towns, natural sights, historic buildings). Promotion and development of regional tourism, combined with high-profile artistic offerings, are in fact the focus of all of the Association’s activities. This is explicit in the Association’s choices of visual identity and communication, which celebrate typical Mediterranean expressiveness and simultaneously convey an unusual, unconventional, stimulating and contemporary idea of the brand “Sicily”.

This website uses cookies to improve your experience while you navigate through the website. Out of these, the cookies that are categorized as necessary are stored on your browser as they are essential for the working of basic functionalities of the website. We also use third-party cookies that help us analyze and understand how you use this website. These cookies will be stored in your browser only with your consent. You also have the option to opt-out of these cookies. But opting out of some of these cookies may affect your browsing experience.
Necessary Always Enabled
Necessary cookies are absolutely essential for the website to function properly. This category only includes cookies that ensures basic functionalities and security features of the website. These cookies do not store any personal information.
Non-necessary
Any cookies that may not be particularly necessary for the website to function and is used specifically to collect user personal data via analytics, ads, other embedded contents are termed as non-necessary cookies. It is mandatory to procure user consent prior to running these cookies on your website.
SAVE & ACCEPT